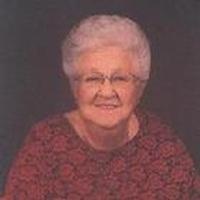 Wilma Eileen Morrow, 90, a resident of The Peridot Assisted Living in Prescott, AZ, passed away on December 17, 2010 at Hospice Family Care of congestive heart failure.

Wilma was born in Revere, MO to Emery Earl & Olive Georgia (Courtney) Garmon on December 27, 1919 and lived in Wyaconda, MO from 1921 until 2006 when health issues forced her to move to Prescott, AZ to be near her family.

She was united in marriage to Raymond Wilson Morrow on July 16, 1939 at Wyaconda and they had nearly 58 years together before Raymond's death March 17, 1997.

She was proceeded in death by her husband, parents, brother Ivan Garmon and his wife Bettie (Wehr), grandson Timothy Junkins, and niece Sharon (Garmon) Hannigan.

Wilma was a 4H leader for many years teaching girls to cook and sew. Along with husband Raymond, they managed the Wyaconda Union Telephone Company from 1954 until it was converted to dial in 1963. Wilma was also Wyaconda City Clerk serving in that capacity for 17 years. She was also active in the Wyaconda United Methodist Church, Clark Co. Historical Society, Keokuk Coin Club, Daughters of Union Veterans, American Legion Auxiliary, Rural Letter Carriers Auxiliary. Wilma and Raymond made many trips throughout the U. S. for the Mark Twain Rural Telephone Co. and U. S. Army 6th Division, and Company G reunions. Other travels included a trip to the Philippines in 1985 for the 40th anniversary of MacArthurs invasion in which Raymond had been a part. They spent winters with family in Arizona from 1983 to 1997. She enjoyed gardening, baking, embroidery and piecing quilts.

Services were held Monday, December 20, 2010 at 10:30 a.m. at the Wilson Funeral Home in Kahoka, with burial in the Wyaconda Cemetery. Officiating was Rev. Beryl Cragg.

In lieu of flowers the family requests donations to the Charity of your choice in her memory.

To order memorial trees or send flowers to the family in memory of Wilma Morrow, please visit our flower store.