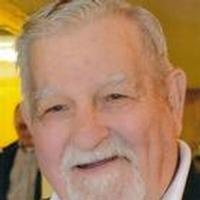 He graduated from McCooey High School in Hannibal with the Class of 1957.

On February 12, 1966, he was united in marriage to Norma Riney at St. Mary's Catholic Church in Hannibal (now known as Holy Family).

Survivors include his wife, Norma, of the home; three sons: Shawn and Laura Richmond of Fairfield, IA, Heath and Kathy Richmond of Ursa, IL and Jason Richmond and his fiancé Kayla Pickel of Fort Madison, IA; one daughter, Alyce and Monty McAfee of Kahoka, MO; eight grandchildren: Keagan Richmond, Brianna Richmond and her fiancé Gareth Larson, and Bowen Richmond, all of Fairfield, IA, Kelson Richmond stationed with the U.S. Air Force in the middle East, Kourtney Richmond of Ursa, IL and Kody, Kaylee and Layne McAfee, all of Kahoka, MO; one great-grandchild, Evelyn Rose Larson of Fairfield, IA; two brothers, David Richmond of St. Louis, MO, and Tom and Debbie Richmond of Hannibal, MO; two sisters, Pat Ebers of Hannibal, MO and Jean and John Buckman of Palmyra, MO; two sisters-in-law, Irene Riney of Taylor, MO and Marie Disselhorst of Palmyra, MO; as well as nieces, nephews, cousins and other relatives.

A U. S. Air Force Veteran, he served from 1961-1981 spending time in Germany, Spain, England, and three tours in Southeast Asia as well as several stateside assignments.

Following his retirement from the Air Force, he and Norma moved to St. Patrick, MO where he owned and operated St. Patrick Meat Processing from 1982 until 2003 when he retired due to some health issues.

Bill was a faithful member of the Shrine of St. Patrick and was a 4th degree Knights of Columbus. He was also a member of the Otto Bruner Post of the American Legion at Canton, MO.

He was a 64 year member of the Boy Scouts of America, was a Scout Master of Troop # 145, and was a recipient of the Silver Beaver Award and Vigil Honor member of the Boy Scouts of America, Order of the Arrow. He was very proud that his three sons and one grandson are Eagle Scouts. He served many years on the camp staff of Camp Eastman Boy Scout Camp located between Hamilton and Nauvoo, IL. He loved working with the youth not only in scouts, but also with Religion Class at his church. He was a school volunteer and enjoyed presenting programs on Indians in Missouri and taking his many artifacts to show to the children.

The positive impact he had on youth in scouting, the church, and the schools and his willingness to always do for others, as well as his influence and pride in his children and grand-children, is a tribute that those who knew him and each one of his family members can hold and treasure in their hearts forever.

A Mass of Christian Burial was held Tuesday, November 4, 2014 at 11 a.m. at the Shrine of St. Patrick, MO with Fathers Pat Pierceall and Boniface Kasiita Nzabonimpa officiants.

Memorials are suggested to the St. Patrick Cemetery or the Mississippi Valley Council, Boy Scouts of America Shooting Sports Program.

To send a flower arrangement to the family of William J. Richmond , please click here to visit our Sympathy Store.

To order memorial trees or send flowers to the family in memory of William Richmond, please visit our flower store.