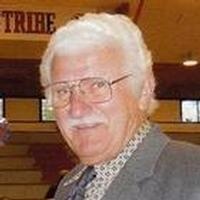 Bill was a 1955 graduate of Wyaconda High School and also a graduate of NEMO State Teacher's College.

On October 9, 1965, he was united in marriage to Kay Hutchinson at the A. P. Green Chapel in Columbia, MO.

Survivors include his wife, Kay, of the home; one son, Matt Morgan of Denver, CO;
one daughter, Suzanne Morgan of Tucson, AZ; two grandchildren, Jacob and Isabella Dennis of Tucson, AZ; two sisters, Elizabeth Ann Morgan of Columbia, MO and Carolyn Peters of Keokuk, IA; brother-in-law Kenner Hutchinson and his wife, Lynn, of Quincy, IL; as well as several nieces, nephews and cousins.

He was preceded in death by his parents and his father-in-law and mother-in-law, Dr. B. F. "Doc" and Phyllis Hutchinson.

Bill was a member of the former Wyaconda Methodist Church and was a supporter of the Alexandria Baptist and Presbyterian Churches.

Bill began working with his father following graduation from college at the family business, Morgan Oil Co., and at present owned and operated the Middle Mississippi River Terminal at Alexandria. Bill loved the Mississippi River and thoroughly enjoyed the businesses he operated alongside of it. Although the "mighty Mississippi" caused the businesses many headaches through the years, he and his family continued to rebuild and reinvest in the community of Alexandria which Bill loved so much. Bill lived many years in Keokuk, but Alexandria was still his territory and Wyaconda his home.

Bill had a tremendous love for history, particularly that of the Mississippi River. The Civil War was also of interest to him and he would "take off" on a whim and travel to various Civil War sites and would inspire his children when they accompanied him. He loved traveling the rural highways of the United States cross county in order to experience the local character and would always make friends along the way. Often he would include his mother, sister and aunt Clio Morgan Wilson on these trips.

Bill loved classical music and attending symphonies. He was devoted to his family. He was a wonderful son, husband, brother, nephew, father, and grandfather. The care and love he extended to his family was very much of who Bill was. He was also a good friend. He spent a lot of time visiting at the local coffee shops. His uniqueness will be missed by all who knew and loved him.

At his request, cremations rites have been accorded. Memorial services were held Wednesday, April 24, 2013 at 6 p.m. at Wilson Funeral Home in Kahoka followed by family receiving friends until 8 p.m.

Officiating at the service was Rev. David Turner with Suzanne Morgan, eulogist.

To send a flower arrangement to the family of William "Bill" Morgan , please click here to visit our Sympathy Store.

To order memorial trees or send flowers to the family in memory of William Morgan, please visit our flower store.