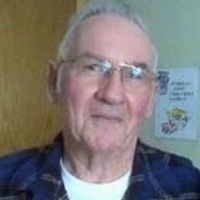 Bill Druck, 84, of Wyaconda, Missouri passed away peacefully at his home on February 4, 2019.

Bill was born on October 29th, 1934 in Peoria, Illinois to Harold D. Druck and Lillian (Filbert) Druck. He joined Local 649 out of Peoria in 1952 where he was a heavy equipment operator until his retirement in 1994. Bill was an avid outdoorsman, loved hunting and helping his friends and neighbors.

He was preceded in death by his parents, his wife Jan, his son William H. Druck Jr. and his step-daughter Sandra Lee Stivers.

Memorial service was Thursday, April 18, 2019 at 10:00 a.m. at Wilson Funeral Home in Kahoka, Missouri. Inurnment was at the New Woodville Cemetery south of Wyaconda, MO In Lieu of flowers, donations may be made to the Northeast Missouri Hospice in Bill’s name.

To send a flower arrangement to the family of William H, Druck , please click here to visit our Sympathy Store.

To order memorial trees or send flowers to the family in memory of William Druck, please visit our flower store.