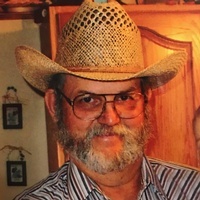 Bill was born April 2, 1948 in St. Joseph’s Hospital in Keokuk, IA, a son of Howard and Gertrude Morrow Bash.

He married Gina Watson and they were the parents of Jeff, Kim, Jim and Adam.

Bill was a truck driver on and off his entire life. From the age of 15 he could tell you whatever you needed to know about a car. His knowledge of vehicles led him to establish a car dealership in Kahoka known as Santa Fe Auto which he owned and operated. He loved to play cards and was a euchre and cribbage whiz. He loved his animals, especially his chickens. Faith ~ Family ~ Friends. His faith was number one in his life and he testified to that fact every day. Family was precious and many friends were made through his sharing of the Gospel. He worshiped at and was a member of Bible Baptist Church in Kahoka.

Memorials are suggested to the Day Cemetery.

To send a flower arrangement to the family of William H. "Bill" Bash , please click here to visit our Sympathy Store.

To order memorial trees or send flowers to the family in memory of William Bash, please visit our flower store.