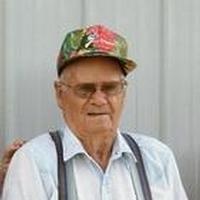 He was preceded in death by his parents; his wife; brothers-in-law, Eldon Wendling, LeRoy Wright and Jim Wiley; sister-in-law, Ruth Wright; and a nephew, Glen Wendling.

Wilbert worked at Co-op delivering propane, the Clark County Sale Barn, and for Fruehauf in Ft. Madison. He served a brief time in the U.S. Navy.

He loved making items out of wood: furniture, birdhouses, flowerpots, and lawn ornaments. He raised cattle, sheep, hogs and horses on his farm in Medill, MO. When Janet retired they moved to Harrison, AR, and following her death he returned to Kahoka. He loved telling his grandsons about how much a gallon of propane or gas was back in the day, or how hard he worked to earn a dollar a day. He enjoyed spending time with his two Jack Russell terriers, Rocky and Judea. In the summer he loved to garden and plant flowers and trees.

Memorials in lieu of flowers are suggested to the Kahoka Senior Center.

To send a flower arrangement to the family of Wilbert A. Smith , please click here to visit our Sympathy Store.

To order memorial trees or send flowers to the family in memory of Wilbert Smith, please visit our flower store.