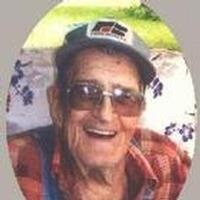 Wes worked a variety of jobs through the years. He worked first as a tollkeeper on the St. Francisville Bridge, later drove a bus route between Keokuk and Kirksville and then worked for the Santa Fe on the tracks at Medill. When his kids were small he farmed, drove a school bus at Ashton and gravel truck for Clark County. He operated Wes's Tap on the West side of the square in Kahoka and then went to work as a prison guard in Jefferson City. He then worked for Perry/ Schorr's Sawmill and the elevator in Gregory Landing.

The past 20 years he had been a driver for the Amish, driving over a million miles.

Wes was a former 4-H leader and little league coach at Ashton. In earlier years he was a member of the Elks at Canton. He loved animals, particularly his dogs and chickens. He was a huge fan of the St. Louis Cardinals and was best known for his gift of telling stories and good jokes.

To order memorial trees or send flowers to the family in memory of Weston Schorr, please visit our flower store.