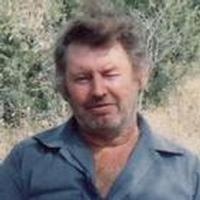 He was born October 29, 1939 in Chambersburg, MO, the son of Ernest and Georgia Mae Keller Irvin.

On January 17, 1965, he was united in marriage to Hattie M. Privia at the First Christian Church in Kahoka, MO. To this union five children were born: James, Arlen, Tony, Tammey and Marie.

He was preceded in death by his parents; his wife, Hattie; a brother, John; and sisters, Marie Dumenil, Velma Branson, Lola Weaver and Elsie Anderson.

Wesley was a farmer and logger. He worked for Barker Equipment in Keosauqua and later at Fruehauf. He was a true outdoorsman who loved fishing and hunting and was a member of the N.R.A. He enjoyed picking on others but loved each one of them dearly.


Burial followed in the Chambersburg Cemetery.

Memorials are suggested to the Chambersburg Cemetery.

To send a flower arrangement to the family of Wesley A. Irvin , please click here to visit our Sympathy Store.

To order memorial trees or send flowers to the family in memory of Wesley Irvin, please visit our flower store.