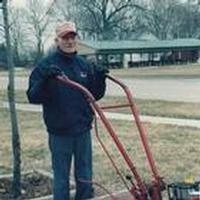 Walter was born June 12, 1941 in Hennepin, IL, a son of Edwin Dale and Cora Kuhl Carrier. On January 17, 1970 he was united in marraige to Mary Marlene Gooding. They had been married for over 45 years.

He was preceded in death by his father; a stillborn son, Alan Carrier; and two sisters, Bernetta Thomas and Betty Carrier.

Walter attended school until the 8th grade when he was needed at home to help with his family. He later received his G.E.D. and then completed vocational training in welding which he used in his job at Knapheide in Quincy for twenty years. He then worked in a grocery store and boat market in his hometown of Hennepin before moving to Gorin.

He was a former member of the Gorin Lion's Club. He loved working in his garden, watching his CUBS play baseball, playing horse shoes, and watching John Wayne. Walter loved being around people and would give his shirt off his back to anyone in need. His family was very dear to his heart.

Walter has been cremated. A gathering of family and friends will be held at the home of his nephew, Danny and Anita Miller, outside of Gorin at a later date. Inurnment will also be at a later date in the Gorin Cemetery.

Memorials are suggested to his wife, Marlene, and may be directed to the Peoples Bank of Wyaconda, to Marlene, or c/o Wilson Funeral Home in Kahoka.

To send a flower arrangement to the family of Walter E. Carrier , please click here to visit our Sympathy Store.

To order memorial trees or send flowers to the family in memory of Walter Carrier, please visit our flower store.