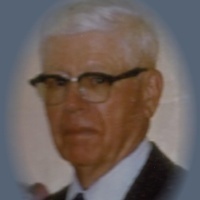 He was preceded in death by his wives; one son, Ronald W. Hodges; step-son, Harold Raymond "Bub" Campbell and his wife, Joyce; a grandson, Thomas Hodges; and a grand-daughter, Melanie Steinmann.

Wayne graduated from Ballard High School. He attended Kirksville State Teacher’s College and received his Master’s degree in Business and Administration in Tennessee.

He entered the U.S. Navy as a Lieutenant in 1942 and was a Navigational Instructor at the Midshipman's School at Northwestern University in Chicago. Following his discharge, Wayne taught in the Union and Beard schools and taught and served as Principal at Wayland, all in Clark Co. He then went to work for FSA, retiring as Executive Director after 32 years of employment.

Wayne also farmed all of his married life and he had a strong desire to rebuild the farm his ancestors had lost working diligently going to school, home to eat, and then work on the farm until the day was long over. Although he worked hard, he also had a playful side and loved to visit and share his good nature with others.

Wayne was a long-time member of Cedar Grove Baptist Church as well as deacon and Sunday School teacher for over 60 years. He also served as treasurer for the Pleasant Grove Association for many years. He was an active member of the Gideon’s and had a faith that could move mountains. He traveled on mission trips often three or four a year to deliver clothing and other items to the Indians in Rapid City, SD.

Funeral services were held Wednesday, August 8, 2018 at 11:00 a.m. at Wilson Funeral Home in Kahoka with full Military Honors. Cremation followed with inurnment Sunday September 23, 2018 at 10:30 AM at the Cedar Grove Cemetery in Kahoka, friends are invited to attend the inurnment.

Memorials may be made to the Missouri Baptist Children's Home.

To send a flower arrangement to the family of W. Wayne Hodges , please click here to visit our Sympathy Store.

Friends may call at Wilson Funeral Home after 9 a.m. Wednesday with family receiving friends from 9:30 a.m. until services at 11:00 a.m.

Friends may call at Wilson Funeral Home after 9 a.m. Wednesday with family receiving friends from 9:30 a.m. until services at 11:00 a.m.

To order memorial trees or send flowers to the family in memory of W. Hodges, please visit our flower store.