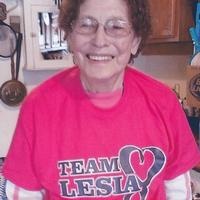 Viola was born February 26, 1932 at Luray, MO, a daughter of Roy and Lula B. Cochenour Frazier and was raised by her mother and step-father, Leslie "Eckie" McCabe.

She was preceded in death by her parents; her step-father; her husband; a son, Michael Philp on October 11, 1979; and brothers, Albert, Tommy, Raymond, and Leroy Frazier.

Viola was a graduate of and Valedictorian of Luray High School and attended the Luray Methodist Church growing up and raised her children there. Viola had a strong work ethic which she instilled in her children and loved serving others. Viola worked at the Iowa Ammunition Plant in the 1960's and the rest of her adult career was spent in the restaurant business, cooking at the Lazy R Country Club in Kahoka, working for Norma Whitehead, the Catfish Place, as owner of the Amble Inn, later for the 4th Street Café in Keokuk and retiring from the Plum Tree in Carthage. She worked hard without complaint and thoroughly enjoyed the many friendships she made through the years. She was a member of Wallace Gillispie V.F.W. Auxiliary Post # 4958 at Memphis.

In her spare time, Viola loved to read and do ceramics, particularly angels. She loved her collection of angels and they gave her great comfort. She also loved to listen to and watch country western music oldies both on the radio and tv. She enjoyed the past several years living with her son, Kevin, and them taking care of each other. More than anything, she loved her children and grandchildren.


To plant Memorial Trees in memory of Viola B. Philp , please click here to visit our Sympathy Store.

Friends may call at Wilson Funeral Home after 9 a.m. Friday with family receiving friends from 1 to 2 p.m.

Friends may call at Wilson Funeral Home after 9 a.m. Friday with family receiving friends from 1 to 2 p.m.

To order memorial trees or send flowers to the family in memory of Viola Philp, please visit our flower store.