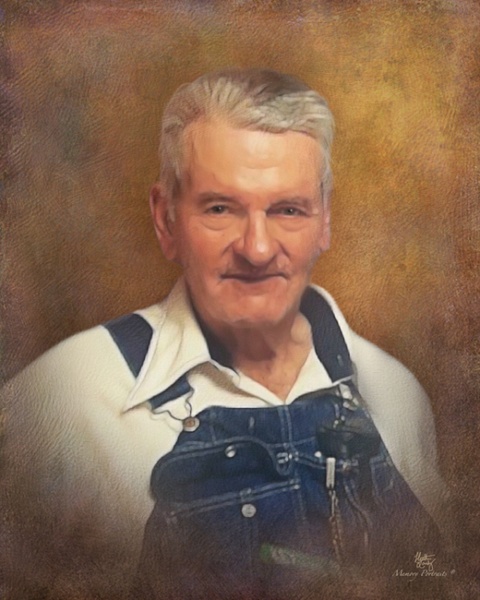 He was born on February 3, 1931, in Alexandria, Missouri, the son of the late John Robert and Anna Olive (Lowe) Briggs. Vincent married June Phillips on March 2, 1950, and to this union four children were born, Douglas, Glen, Vickie and Laura, June passed away in January of 1982. He later married Nancy Jo Traeger on August 18, 1984, she also precedes him in death.

Vincent was a lifelong member of the Wayland Methodist Church. He was a farmer his entire life, also working in previous years at Thomas Truck in Keokuk, Iowa, and Fruehaulf in Ft. Madison, Iowa. He also sold seed corn on the side. He collected old style toy tractors and attended antique tractor shows in the area. Vincent was previously a member of the Lions Club. When he got the chance, he enjoyed going to his past time hangout spots, which included Morgan’s in Alexandria and Fourth St. in Keokuk. Vincent and Nancy enjoyed going on little trips round their home, visiting places in Iowa, Missouri, and Illinois.

Funeral services honoring Vincent’s life were conducted at 2:00 P.M. on Friday, December 3, 2021, at the Wilson and Triplett Funeral Home in Kahoka. Pastor Franz Kinkhorst officiated the service. Interment followed at Oakwood Cemetery in Hamilton, IL. A visitation was held from 5-7 P.M. on Thursday, December 2. Memorial contributions in memory of Vincent were suggested to the Wayland Methodist Church. You are invited to share your memories of Vincent and leave a condolence at www.wilsontriplett.com

To order memorial trees or send flowers to the family in memory of Vincent Briggs, please visit our flower store.