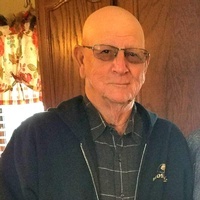 Vernon was born May 7, 1940 at his parents home in rural Kahoka, a son of Howard Soper and Mary Ellen Tweed Edlen.

On June 5, 1960 he was united in marriage to his high school sweetheart, Carol Linn Calvert, at the Peaksville Christian Church.

He was preceded in death by his parents; his father-in-law and mother-in-law, Charley and Agnes Calvert; son-in-law, Duane Wilson; and brothers and sisters-in-law: Daryll and Betty Calvert, Tom Calvert, Gene Calvert and Darlene Oilar.

Vernon was a 1958 graduate of Revere High School and was raised in the Revere Community Church. He farmed all of his life with his beloved Carol by his side. They were partners in all areas of their lives and seldom was one seen without the other. She truly was the light of his life. He and Carol attended many sporting activities as their children and grand children were growing up and supported them in every area of their lives.

He enjoyed hunting and fishing but his passion was hunting. His family will cherish the precious times they spent with him in the outdoors. It was during those times that he shared stories and had one-on-one time with his grandchildren. Many friends were blessed with spending time hunting with Vernon as well.

Vernon was a simple man, he didn’t require much to be happy, but his greatest blessings came from Carol, Dana, Jeff and Ellen and their spouses who were just as dear to him, and his precious grandchildren and great-grandchildren. If you knew Vernon, you knew someone very special and you knew you were special to him.

To send a flower arrangement to the family of Vernon H. Edlen , please click here to visit our Sympathy Store.

To order memorial trees or send flowers to the family in memory of Vernon Edlen, please visit our flower store.