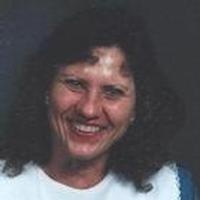 VaLora was born August 20, 1945 in Keokuk, IA, the only daughter of Lester and Elnora Oilar Hopp.

She married Richard McDaniel on June 7, 1963 in Clark County.

She was preceded in death by her parents; a brother, Loren Keith Hopp, and her father-in-law and mother-in-law, James and Opal McDaniel.

VaLora graduated from Kahoka High School in 1963. She worked at the former Sheller Globe in Keokuk for 39 years before retiring 4 years ago. She was a farm girl at heart who loved the outdoors. She enjoyed gardening, watching her hummingbirds, cats, dogs and cows. In the summer months she enjoyed watching her grandsons demo. Jigsaw puzzles were another form of enjoyment as well as sewing and attending craft shows with the girls. The time she valued most was spent with her husband, children and grandchildren.

Funeral services and burial were private.

To order memorial trees or send flowers to the family in memory of VaLora McDaniel, please visit our flower store.