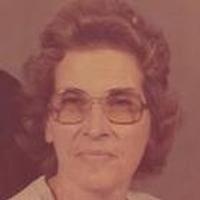 She was preceded in death by her parents; a granddaughter, Jessie Jerean Dochterman; and brother, Charles F. Roberts.

First and foremost in Jean's life was her love for her Lord and Savior. She started each day in fellowship with Him with her scripture reading and cup of hot tea. She was a member of the Trinity Worship Center and formerly held bibles studies in her home and the Clark Co. Nursing Home. She later led bible studies at Montebello Healthcare Center as long as her health permitted. Spreading God's word was a part of her.

In addition, Jean had a special love for all of her pets she had through the years, including cats, dogs and birds. She was an avid game player, especially Nintendo and Super Nintendo.
She was blessed with a special relationship with her grandchildren and their families.

Funeral services will be held Monday, June 10, 2013 at 2 p.m. at Wilson Funeral Home in Kahoka with Pastor Richard Burrell officiating. Special music will be "In the Garden", "Amazing Grace" and "What a Friend We Have in Jesus".

Family will receive friends from 1:00 p.m. until time of services Monday at Wilson Funeral Home.

To send a flower arrangement to the family of V. Jean Downey , please click here to visit our Sympathy Store.

To order memorial trees or send flowers to the family in memory of V. Downey, please visit our flower store.