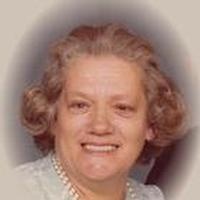 Twila was born January 29, 1927, south of Wayland, MO, a daughter of Simon and Ethel Krueger Jesberg.

Twila attended the Lone Star School and graduated from Kahoka High School. She was a long-time member of St. Paul United Church of Christ in Kahoka.

She was preceded in death by her parents; her husband; one son, Doug Horter; and, three sisters: Elizabeth Heinze, Doris Eddleman, and Betty Boltz.

Twila was a homemaker. She never worked outside of the home and found complete contentment in doing so. She loved to garden and can her bounty, sharing with her family and friends. She was a farmer at heart, just as Stanley was, and loved being out of doors. She loved her flowers, especially the peonies and lilacs. She was a wonderful seamstress who also enjoyed doing embroidery work for those she loved. She was also a collector with a large collection of salt and pepper shakers.

Twila cherished the weekly dinners with her children and grandchildren. Each day was special at grandmas as she made sure each of the kids had soda and candy. They were what truly delighted her in life.

Friends called at Wilson Funeral Home after 9 a.m. on Thursday with family receiving friends from 6-8 p.m.

To send a flower arrangement to the family of Twila M. Horter , please click here to visit our Sympathy Store.

To order memorial trees or send flowers to the family in memory of Twila Horter, please visit our flower store.