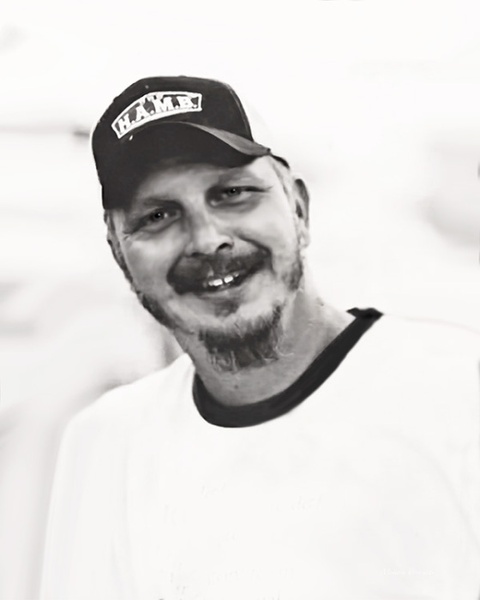 
Todd “Breeder” Reed, 50, of Alexandria, Missouri, passed away unexpectedly, on Sunday, December 5, 2021, at the University of Iowa Hospital in Iowa City.


Todd was born January 13, 1971, in Keokuk, IA, the son of Stanley “Stan” Reed and Janie (Olson) Lamer. He married Shana Little on June 28, 1997, in St. Francisville, to this union three children were born, Gabriel, Abigail, and Ella.


Todd was as unique as they come.  In his teenage years and early 20’s, he played drums in local bands with some of his best friends.  He farmed during this time with his Uncle Dale into his early thirties.  In 2004, Shana and Todd opened Reed’s Grill, llc. in Wayland where he worked for a few years until he and Shana figured out that it was easier to get along without working together!  In 2007, Todd began hosting the Rust Revival Car Show as a Member of the Kropduster Car Club.  The show ran for 12 years.  People from all over the United States attended the show with several Car Clubs represented.  Lifelong friendships and family members were made at the show.  Todd never knew a stranger, could talk for hours, give his opinion on everything, and was as funny as they come.  Todd loved people well.  He was a great friend.  He loved his family and his children were his greatest blessing in this life.

Survivors include his wife, Shana of Alexandria, two sons, Gabriel (Michelle) Reed of Wayland, Jordan (Jade) Tate, two daughters; Abigail Reed and Ella Reed both of Alexandria,   his mother, Janie(Rob)Lamer of Mesa, AZ,  one sister, Christine (Andres) Calvo of Peoria, AZ, two aunts; Anne (Steve) Howell and Linda Whiteaker both of Kahoka, two uncles; Dale Reed and Steve (Diana) Reed both of Alexandria, his mother-in-law, Zarina (Dennis) Bergman of Kahoka, and one sister-in-law, Melissa (Travis) Riney of Revere along with several nephews and a niece.


He was preceded in death by his father, Stanley Reed, his father-in-law, Robert Little Jr., one uncle, Jeffrey Whiteaker, and his grandparents, Herschel and Lois Reed and Richard and Jennie Lavaughn Olson.


Cremation rites were accorded. Fellowship honoring the life of Todd was held Sunday,  December 12, 2021, at Amazing Grace Church, Kahoka, MO from 1:00-3:00 PM. Then again from 3:30-5:00 PM at Reed’s in Wayland. Memorials in Todd’s name were suggested to the family with checks payable to Shana Reed to be dispersed to local charities in Clark County.

To order memorial trees or send flowers to the family in memory of Todd Reed, please visit our flower store.