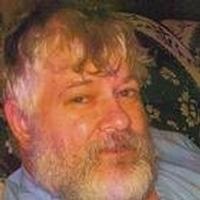 He married Malinda Joy Coffman on February 11, 1984 at the First Baptist Church in Kahoka.

He was preceded in death by his parents; father-in-law, Harvey Coffman; a brother, Burl Beaird; and a half sister, Frances Mercer Barnes Shepherd.

Tim was a 1975 graduate of Revere High School and Class Salutatorian. He worked in construction early in his adult life. He later worked as a mechanic at Trump Trucks before becoming employed at Keokuk Tank Wash. He then drove a truck for Bub Campbell until he went to work at Henniges in Keokuk where he was a journeyman electrician and employee for over fifteen years.

He was a member of the Peaksville Christian Church, St. Francisville Lodge # 588, A.F.& A.M. and an officer and member of United Steelworkers Labor Union #444.

Tim was a hunter, enjoyed collecting things, and spending time with friends and family. He was a selfless man who thought more of giving than receiving. He never knew a stranger and could talk about anything with anyone. His family had a very special part in his life and he enjoyed checking in with them each day on the phone to see what was going on in their lives. He loved and cherished his grandchildren more than anything.

Funeral services were held Monday, September 23, 2013 at 10 a.m. at Wilson Funeral Home in Kahoka with Pastor Shawn McAfee officiating. Burial was in the Revere Cemetery.


Memorials were suggested to the Peaksville Christian Church.

To send a flower arrangement to the family of Timothy W. Beaird , please click here to visit our Sympathy Store.

To order memorial trees or send flowers to the family in memory of Timothy Beaird, please visit our flower store.