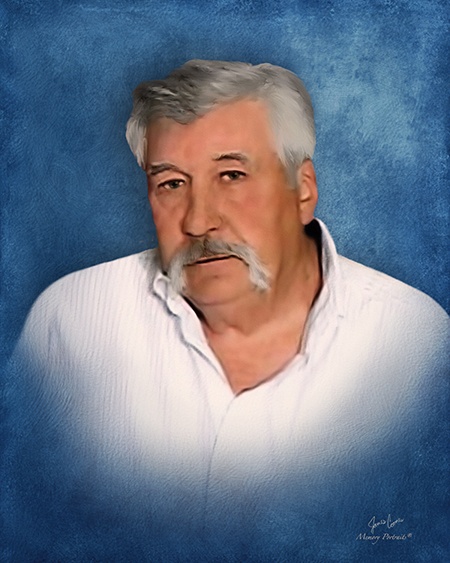 Thomas was born of Catholic Faith on March 4, 1949 in Ashton, Missouri, son of the late George Harold Holmes and Marie Elizabeth (Hickey) Holmes. He will be dearly missed by his soul mate of 31 years, Lisa Braxton Spicer.

Tom was an avid hunter and fisherman and he was very skilled at woodworking; there was nothing he couldn’t do.  He was a most loving father and grandfather and he really enjoyed gardening and listening to old country and gospel music.  He liked having good times with good friends. There were those who also knew him by his CB handle as the “Singing Cowboy” He was a Cold War Patriot, and was famous for saying “I could be wrong but I’m not”, Tom would often drive the neighborhood loop on his gator to check on his neighbors.  One time, unable to take Leslie out to sell her Girl Scout Cookies, he compensated her by buying all of them himself. He and John Parker also built the “Never Happen Cabin” somehow. A lover of nature, it was not uncommon for him to bring woodland animals into his home to care for.

Funeral services honoring the life of Tom were conducted at 3:00 pm on Saturday, October 24, 2020 at the Wilson & Triplett Funeral Home in Kahoka. Pastor Shawn McAfee officiated the service. A visitation was held from 1:00pm until the time of services on Saturday.  Interment took place at Ashton Cemetery. Due to the coronavirus epidemic, the family encourages those attending the visitation and service to practice social distancing and the use of a face mask.  Memorial contributions in Thomas’ memory were suggested to the Clark Co. Local cancer fund. You are invited to share your memories of Thomas and leave a condolence at www.wilsontriplett.com

To order memorial trees or send flowers to the family in memory of Thomas Holmes, please visit our flower store.