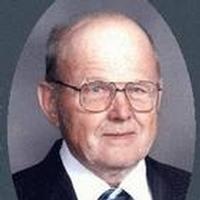 Talmage E. Phillips, age 86, of Kahoka, MO, died Friday, June 8, 2012 at the Clark Co. Nursing Home in Kahoka where he had been a resident the past five years.

Talmage was born September 30, 1925 at Ashton, MO, a son of Victor F. and Gladys Morrison Phillips.

He married Betty Hotop on August 1, 1954 at Fort Madison, IA and they were the parents of Paul and Sheila. She preceded him in death on December 25, 1970. He later married Ruth Lewis who also preceded him in death. Her family was raised at that time but he always thought a lot of her three grown daughters and their families.

He was preceded in death by his parents and his wives.

Talmage graduated from Luray High School and was a member of the Luray United Methodist Church. He served in the U. S. Marines from 1944-1946 in the Asiatic and Pacific Area. He farmed near Luray where his son Paul lives and later worked at Fruehauf until his retirement. His faith was a very important part of his life. He read his Bible daily to help guide his walk and his family's.

Funeral services were held Monday, June 11, 2012, at 10 a.m. at Wilson Funeral Home in Kahoka with Pastor Dana Jurgens officiating. Burial with Military Rites by the Mo. Military Honors Team was in Combs Cemetery at Luray, MO.

To order memorial trees or send flowers to the family in memory of Talmage Phillips, please visit our flower store.