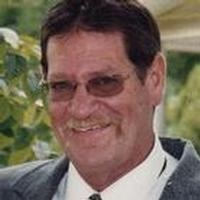 He was preceded in death by his parents; and brother, Richard Toben.

Steve was a graduate of Fort Madison High School and received additional training and education through his work. He was a retired employee of Armour Dial and a member of the Union.

He loved to hunt and fish.

Graveside were held Thursday, October 1, 2015 at 3 p.m. at Kahoka Cemetery with Pastor Kim McNamar officiating. Special music was "When I Get Where I'm Going".

There was no visitation.

To send a flower arrangement to the family of Steven Toben , please click here to visit our Sympathy Store.

To order memorial trees or send flowers to the family in memory of Steven Toben, please visit our flower store.