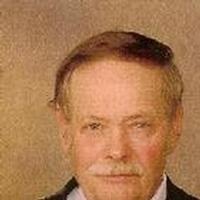 He was the father of four children from his first marriage: Damon Milton, Denise Michelle, Deanna Mary, and Derek Michael. He was married a second time and became step-father to Jerry and Kristen. On April 12, 1995, he married Dixie Shaffer Shaw and from this union became step-father to Robert, Melissa and Tisha. He was a devoted father, husband and son, working long hours to do whatever necessary to provide for his family.

Survivors include his wife, Dixie Bollin of the home; his parents, Leo and Clara Bollin of Nauvoo, IL; his children, Damon and Shana Bollin of Kahoka, Denise and Dennis Montgomery of Hamilton, IL, Deanna and Roy Brewer of Stuart, IA, and Derek and Lori Bollin of Kahoka, MO; his step-children: Jerry Morgan, Jr., Kristen Michael Morgan, Robert and Mindy Shaw of Kahoka, MO, Melissa and Brett Morss of Farmington, IA, and Tisha and Danny Smith of Kahoka, MO; numerous grandchildren and great-grandchildren; a brother, Kenneth and Luwanna Bollin of Springfield, IL; a sister, Lea Gerst of Burlington, IA; sisters-in-law and brothers-in-law including Doris Hamberg of Farmington, IA, Bonnie and Pearl Sanders, Kevin and Vicki Shaffer and Kent Shaffer, all of Kahoka, MO; several aunts and uncles; as well as nieces, nephews, cousins and other relatives.

He was preceded in death by his grandparents, Oscar and Mildred Miles and Frank and Emily May Bollin; father-in-law and mother-in-law, Lester and Mary Shaffer; a grandson, Jordan Joseph Lee Smith; and three great-granddaughters: Kenzie Montgomery and Felicity and Taylor Ball.

Steve was baptized and confirmed in the St. Peter and Paul Church. He received the majority of his education in the Catholic school system, graduating from Cardinal Stritch High School in Keokuk.

As a teenager, he and his father shared the pig crop and Steve also worked for other farmers to earn spending money. He was employed by Shellor Globe in Keokuk for 29 Â½ years until they eliminated his line and then went to work at Keokuk Steel Castings. He was employed there until his stroke.

Steve loved the outdoors and spending time in the timber, mushrooming, hunting, and just walking the grounds. He also enjoyed planting and nurturing his garden. Even though the mastiffs were Dixies project, he liked to take over bottle feeding the puppies and correcting Dixie and others when they didnt do it correctly. He had a special love for his dog, Duke, who also preceded him in death.

Steve had a strong will to live and with the care of his family and the strength God alone can give, defied the odds. His strength, determination and faith will be his legacy.

Funeral services were held Monday, March 7, 2011, at 10:30 a.m. at Wilson Funeral Home in Kahoka with Pastor Shawn McAfee officiating. Burial was in the Peaksville Cemetery.

Memorials are suggested to the Peaksville Christian Church.

To order memorial trees or send flowers to the family in memory of Steve Bollin, please visit our flower store.