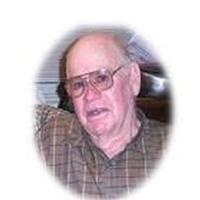 Born on January 30, 1933 at the family farm in Revere, MO, Stanley was the second son of Albert and Faye Halferty Schreiber.

His youth was spent farming alongside his father and brothers and focusing on his education. Stanley graduated from Revere High School and eventually went on to earn a bachelor's degree in Agriculture from the University of Missouri.

He was united with Evelyn Maude Schreiber, in holy matrimony on June 27, 1954 at the Kahoka Christian Church. The pair spent the following (NUMBER OF YEARS) working the land and raising their three children on their farm in Revere, MO, until Stanley's retirement in (YEAR). In the later years of his life, even as his own health declined, Stanley dedicated himself to caring for Evelyn following the amputation of her legs due to health complications.

He was preceded in death by his parents, older brother Dean, and wife of 58 years, Evelyn Schreiber. Following Evelyn's death, Stanley's health rapidly declined and he spent his final years in the Kahoka nursing home until finally being called home during a stay in the Keokuk Area Hospital.

To send a flower arrangement to the family of Stanley L. Schreiber , please click here to visit our Sympathy Store.

To order memorial trees or send flowers to the family in memory of Stanley Schreiber, please visit our flower store.