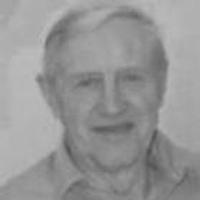 Stanley Leon Pepple, Sr. was born February 28, 1919, on a farm near Warsaw, Illinois. The sixth of seven children born to William Henry and Lillian Margaret Fischer Pepple, he was christened Leon Stanley but decided to be Stanley Leon; an early indication of the will that would sustain him throughout a long and often difficult life.

Had he been born at a later time, he would have gone to college to play football or baseball and possibly would have been drafted to play professionally. A natural athlete who excelled at any sport that involved a ball, his ability came partly from the physical strength developed by hours of playing ball in the pasture and unloading hundred pound bags of feed off the dock and partly from a combination of nerve and timing that allowed him to take risks few would have attempted. Good enough with guts enough, he once stole second, third, and home on a dare from his brother-in-law Frank Barker who was playing on the opposing team. Those who knew him as an old man who chose to pull himself up the railing as he climbed the church steps rather than use the handicapped ramp would have been amazed to see the broad shouldered center fielder fly around the bases and careen across home plate with no thought of injury or of being called out.

Because a childhood illness had left him deaf in one ear, he was not allowed to enlist in the Army when World War II began. Instead he served in the CCC's where he operated heavy equipment in Canada. This experience allowed him to travel and to drive, two of his favorite things.

In 1943 Stanley married Vera Kincaid and they were the parents of one son, Delmar. In June of 1944, Stanley married Loretta Moore; that marriage would last until her death September 17, 2000. They were the parents of six children: Bonnilyn, Lillian, Gail, Stanley, Jr., Diane, and Lori. In 1945 Stanley and Loretta purchased 44 acres on a hill outside of St. Francisville, Missouri. With room for animals and gardens, this would be the home where they would raise their children. Eventually the property would be divided and three of their children would build homes there, also.

Different in many ways, Stanley and Loretta shared a love of animals and the outdoors, of music and of reading. While Stanley didn't share Loretta's writing skills, he had a life-long fascination with books, words, and language which he probably inherited from his mother. In addition to books, he read the Des Moines Register religiously, refusing to accept next day delivery even though it would have been cheaper. He neither sang nor played an instrument, but he would turn off a ball game to listen to one of his daughters practice the piano. Although he seldom spoke of it, family was important to Stanley. Schooled in the Stoicism of his generation, he usually kept his emotions hidden. Tenderness buried beneath a facade of silence.

Stanley held a variety of jobs in his long life, all related in some way to his mechanical ability. In Keokuk he was Men's Foreman at Purity Oats and Assistant Manager of Bowman-Boyer. Those who are old enough to remember say he was the best pump man in town. He owned and operated Pepple Plumbing and Heating. In West Point, he worked for Menke Plumbing & Heating and for Paul's Plumbing and Heating. One of his favorite memories from his work career described finding a note in his truck asking him to come see Paul Scott who had apprenticed under him at Menke's. That visit resulted in a job which would continue until Stanley finally retired at the age of 92.

When many years of physical labor, sports injuries, and accidents crippled his body, Stanley turned to gardening. He took great pride in raising melons in a field beside Joe Neves' home and began to help raise dahlias to take to St. Martha's Catholic Church, one of his favorite places. He was never happier than when he was delivering the produce which he grew more to give away than to eat. In the winter he cleared the family hill and driveways downtown. Atop a tractor, he was whole again, in control, ready to battle snow, mud, or weeds and usually driving too fast. One winter day when a blizzard was in the forecast, he said that he hoped it would snow; it would give him something to do. At 86 he was still the risk taker who delighted in ignoring the safe and the sensible.

With the help of his children and the strength of his will, Stanley remained in his home on the hill until the last month of his life. He died exactly one week after the anniversary of the death of his wife of 56 years. They left us one golf cart at a time, driving off to the garden where both could move freely and see the fruits of their labor.

A Mass of Christian Burial will be held Saturday, September 28, 2013 at 10:00 a.m. at St. Martha's Catholic Church in Wayland, MO with Monsignor David Cox and Father Boniface, co-officiants. Burial will follow in the Sand Cemetery at St. Francisville.

Friends may call at Wilson Funeral Home in Kahoka, MO, after 9 a.m. Friday with family receiving friends from 6-8 p.m.

Memorials in lieu of flowers are suggested to Wolfner Library (recorded books for the blind) in Jefferson City, MO, or the Sand Cemetery.

To send a flower arrangement to the family of Stanley L. Pepple, Sr. , please click here to visit our Sympathy Store.

To order memorial trees or send flowers to the family in memory of Stanley Pepple, Sr., please visit our flower store.