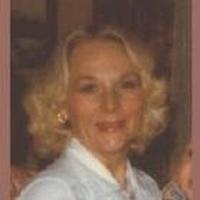 She was preceded in death by her parents; a daughter, Jenny Kinkade; and three brothers: Bill, Bobby and Kenny Carroll.

Shirley graduated from Kahoka High School. In earlier years she was employed at Swift and Co. and Shellor Globe, both of Keokuk. Most of her adult life was spent as a homemaker. She was an excellent cook who enjoyed experimenting with and making up new recipes. She put in a big garden so she would have plenty to can, and also enjoyed growing many flowers. She was a loving wife, mother, and grandmother who always had a smile on her face, especially when her grandchildren were around. Her family was the joy of her heart.

Funeral services will be held Thursday, June 9, 2011 at 1:30 p.m. at Wilson Funeral Home in Kahoka with burial following in the Combs Cemetery at Luray. Following the burial, friends are invited to gather with family at the Care Building in Kahoka.

To order memorial trees or send flowers to the family in memory of Shirley Butler, please visit our flower store.