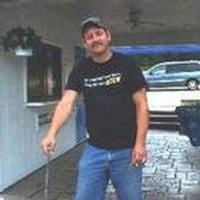 He married Kari Sawyer in May of 1996 in Kahoka and they were the proud parents of Dylan and Jade. He later married Kimberle Schmitz.

relatives. He was preceded in death by his father.

Shawn was an employee of Trump Trucks in Kahoka. He loved to fish, watch stock car races, sit around bonfires and watch storms. He loved to listen to music, attend his children's activities and his dog, "Baby Boy". He valued time he could spend with his children.

Memorials were suggested to the Wright Children Memorial Fund.

To order memorial trees or send flowers to the family in memory of Shawn Wright, please visit our flower store.