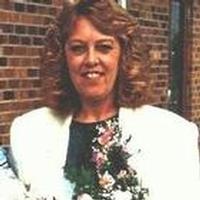 Sharon was born January 28, 1950 at Keokuk, IA, a daughter of Richard and Alberta Parsons Gardner.

On June 6, 1970, she was united in marriage to Dennis L. Bergman at the Peaksville Christian Church.

Survivors include her husband of 40 years, Dennis Bergman of Kahoka; a son, Tony (Sarah) Bergman of Wayland, MO; a daughter, Kristi Bergman-Droege of Kahoka, MO; four grandchildren: Molly Bergman and Zack Brewer and their daughter, Layla, Brook Droege, Sidney Bergman and Paige Droege; one brother, Bill (Paula) Gardner of Jacksonville, FL; four sisters: Dorthea (Lee) Mathies, Joann Shaw and Willa (Herb) Doty, all of Kahoka, MO, and Marilyn (Everett) Boice of Neosho, MO; sisters-in-law and brothers-in-law: Delora Gardner, Bill and Doreen Bergman and John and Barbie Bergman, all of Kahoka, MO; aunts: Elizabeth Wells and Alice Parsons, both of Kahoka, and Juanita Parsons of Columbus, GA; Lori Conover Bollin, a dear friend who was always special to her of Kahoka; numerous nieces and nephews and their families, cousins and other relatives.

She was preceded in death by her parents; a brother, Donald Gardner; brother-in-law, Michael Shaw,and several nieces and nephews.

Sharon graduated from Revere High School in 1968. Following graduation she worked at Sheaffer Pen in Fort Madison and later was a bookkeeper for the former D & H Sales and Service, for Marilyn and Everett in their business, and later the Clark Co. Ambulance District. The past 27 years she had been a cook for the Clark Co. R-1 School District and had made special friends in her co-workers and the many students she interacted with through the years.

Sharon was a member of the Kahoka Christian Church and the family would like to thank their Pastor, Jim Campbell, and give special thanks also to Danny Mathes, Rev. Dan Deatrick and Janet Conover for their support during her illness.

She loved to read, but more than anything she loved taking care of her family, including her large extended family. She had become mom to many of Tony and Kristis friends and her greatest joy came from sharing her love with all of them. Her husband, Dennis, was her best friend and her greatest joy was spending time with him and their children and grandchildren.

To order memorial trees or send flowers to the family in memory of Sharon Bergman, please visit our flower store.