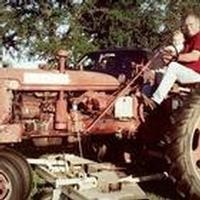 Samuel Keith St. Clair, age 72, of Nelson, MO, passed away peacefully on Tuesday, February 3, 2015, surrounded by his family at St. Luke's Hospital on the Plaza in Kansas City, MO.

He was married to Dian Shelton and they were the parents of two children, Nathan and Lindsey.

Survivors include a son, Nathan St. Clair and his wife, Kathryn, of Concordia, MO; a daughter, Lindsey B. Good and her husband Jon, of Sweet Springs, MO; a step-son, Neil Shelton and his wife, Regina, of St. Joseph, MO; two grandsons, Chase Kestner of Sweet Springs, MO,and Nikolas Woods of St. Joseph, MO and a new addition due near his birthday in March; one brother, Lynn St. Clair and his wife, Tina, of Wyaconda; nieces and nephew and their families: Sandy and Hank Kleine and Tim and Rhonda St. Clair all of Kahoka, Jennifer and Gary LaFrenz of Wyaconda, and Krista and Stuart Walker of Kahoka; as well as many cousins and other relatives.

He was preceded in death by his parents and an infant brother.

Keith was a 1960 graduate of Wyaconda High School and attended the University of Missouri for a year and then Hannibal-LaGrange College. He taught for a year at Clark Co. R-1 and subbed for several years.

Keith farmed near Wyaconda, moving to a farm near Nelson, MO in 1984 where he raised his family. He did custom combining and was a cross country trucker. He was a salesman for Dean's Equipment in Kansas City and later sold trucks. Most recently he delivered trucks all over the United States. He was in his element when doing anything that dealt with trucks. He was a natural born salesman who had a way with people. He earned their respect through his honesty when dealing with them.

He was a member of Heath Creek Baptist Church in Nelson, MO. For eleven years he was a member of the Missouri National Guard. He was a hard worker at whatever he did and was an excellent story teller. He never knew a stranger.

Keith had a love for farm-all tractors which he shared with his kids, his brother Lynn, and Lynn's family. Wyaconda was always someplace special to come home to. He loved kids, no matter whose, and his children and nieces and nephews were always close in his heart. He was especially partial to his grandson, Chase.

To send a flower arrangement to the family of Samuel Keith St. Clair , please click here to visit our Sympathy Store.

To order memorial trees or send flowers to the family in memory of Samuel Clair, please visit our flower store.