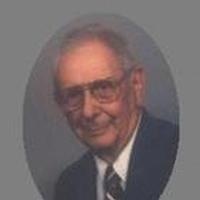 Russell married Dorothy Trimble at her parents home in Keokuk on October 22, 1938, and were blessed to have spent 70 years together.

He was preceded in death by his parents; his wife; two sisters, Velma Kinkeade and Edith Mortimer; a brother, Glenn, as a small child; and son-in-law, Richard Miller.

Russell was an active member of the Alexandria Presbyterian Church, having served as deacon and elder. He spent most of his life as a farmer and construction worker. He built several homes in Alexandria and Kahoka, and helped build the annex and the manse for the church. He also built his own home which was destroyed by the 1993 flood. He was a hard worker and taught his children the same value. He loved being in his home amidst his field and near the Mississippi.

Funeral services will be held Friday, November 6, 2009, at 11:00 a.m. at Wilson Funeral Home in Kahoka with Pastor Larry Mulch officiating. Burial will follow in the Frazee Cemetery.

Friends can call at Wilson Funeral Home after 9 a.m. Friday with family receiving friends from 10 a.m. until time of services.

Memorials are suggested to the Clark Co. Nursing Home or the Alexandria Presbyterian Church.

To order memorial trees or send flowers to the family in memory of Russell Bullerd, please visit our flower store.