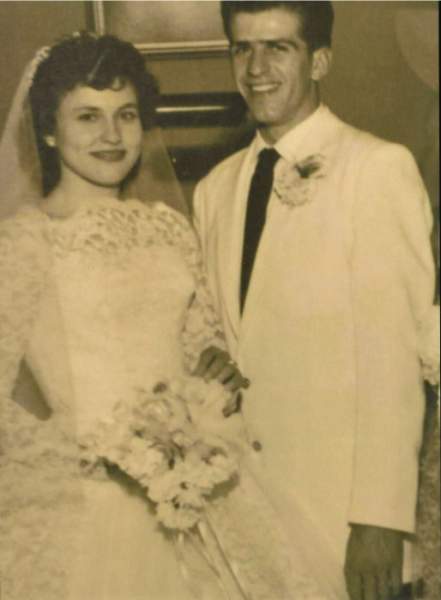 Rose Mary (Hale) Egley, 82, of Revere, passed away peacefully at 8:40pm on Tuesday, February 2, 2021 at Blessing Hospital in Quincy, Illinois.

Rose Mary was a stay at home mother to her four children. She also loved the farm life and worked alongside Gene on their family farm outside of Kahoka. She was an avid seamstress who loved to make clothing, and she also ran her own upholstery business in Keokuk for many years.

Besides her parents and husband, Rose Mary was preceded in death by her in-laws, Robert and Wilma (Schneider) Egley, a brother at infancy, her brother Edward Hale, four brother-in-law’s, Alastair Lohn, Paul Egley, John Irvin, and Raymond Morehouse; and her great-grandson, Gabriel Egley.

Funeral services honoring the life of Rose Mary were conducted at 11:30 am on Sunday, February 7, 2021 at the Wilson & Triplett Funeral Home in Kahoka, MO. Jeff Smith officiated the service. A visitation was held on Sunday at 10:00 am until the time of services at the funeral home. Burial followed in the Bluff Springs Cemetery. Memorial contributions in memory of Rose Mary were suggested to the family with funds being sent to the Gideon organization for Bibles. Memorial checks were made out to Kelly Baum. You are invited to share your memories of Rose Mary and leave a condolence at www.wilsontriplett.com

To order memorial trees or send flowers to the family in memory of Rose Mary Egley, please visit our flower store.