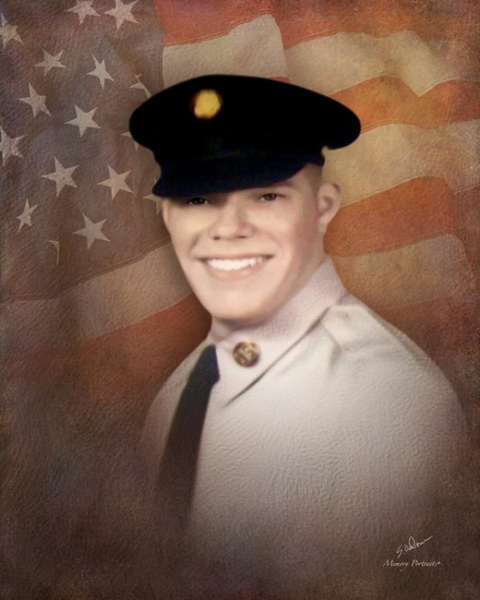 He was born on October 26, 1942, in Keokuk, Iowa to Albert Lee “Fud” Fox, and Eva Pearl Taylor. Ronnie grew up with an intense dislike for school, and often took to hiding in the dump or eating poison ivy to avoid having to attend. Despite doing everything in his power to avoid classes, he still managed to make it to eighth grade before moving on to better things. Always an industrious young man, Ronnie managed to still deliver the papers on his route even after his pick-up truck quit by having several of his sisters push the vehicle while he finished his route. A joker from a young age, Ronnie once convinced his mother that there was someone hanging under the bridge near their home…Ronnie’s father “Fud” later discovered this was actually a pair of his new long johns and got after Ronnie for “ruining a perfectly good pair of drawers”. Despite his maverick nature, or perhaps because of it, Ronnie enlisted in the Army on June 14, 1960. He served overseas in Germany and France during the Vietnam era and was an excellent marksman and sharpshooter.  After serving his terms he was honorably discharged in April of 1966.

Ronnie had nicknames for everyone and was known for never calling anyone by their given name.  He was a truck driver by trade, eventually owning his own truck and contracting his services. He loved driving so much that after he retired, Ronnie took to driving the Amish families wherever they needed to go…often hundreds of miles.  It was a service he thoroughly enjoyed, and he made many, many friends along the way.

Ronnie was proud of his pontoon boat, and he loved to tell stories of the often-infamous adventures he could get into.  Ronnie loved to sing and whistle and collect old coins and money.  He was an enthusiastic fisherman and he loved to hunt and shoot.  Western movies and books were always a favorite and he enjoyed mowing his yard and working in his garden.  His next favorite pastime was making his kids work in his garden.  Ronnie also liked playing cards and was known to partake in a little bit of coffee in his creamer from time to time. Later in life he developed an affinity for YouTube videos and according to his grandkids “Paw-Paw” especially enjoyed Bluegabe and “Deer Meat for Dinner” At the time of his passing, Ronnie had been anxiously anticipating his trip to South Carolina to catch that yellow fin tuna and mahi mahi he had seen on his internet fishing shows. As he was often on the internet unattended, in addition to sport fishing vlogs, Ronnie discovered online shopping and managed to procure several questionable and perplexing purchases from Wish.com…which just made for more great stories.

Memorial contributions may be made to the family. You are invited to share your memories of Ronnie and leave a condolence at www.wilsontriplett.com

To order memorial trees or send flowers to the family in memory of Ronnie Fox, please visit our flower store.