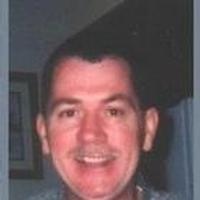 He married Brenda J. Benedict on June 5, 1977, at the Kahoka United Methodist Church.

He was preceded in death by his father, William Osbon, and grandson, Shay Brand.

Ronald attended elementary school in Revere, graduating from Clark Co. R-1 High School. Since January 9, 1987, he had been employed by the Iowa State Penitentiary at Fort Madison where he was lovingly referred to as "Ozzie". He had a strong work ethic with the goal of providing for his family and could do whatever he set his mind to do. He always had a project of some kind going on. He enjoyed working on cars with his sons, hunting, and was looking forward to his retirement in the next year. Watching "The Waltons" and "Andy Griffith" was his personal time. Each year family trips were taken where quality family time could be had. His family was the most important thing in his life.

Funeral services were held Friday, July 15, 2011, at 3 p.m. at Wilson Funeral Home in Kahoka with Pastor Kim McNamar officiating. Burial was in the Kahoka Cemetery.

Memorials were suggested to his family.

To order memorial trees or send flowers to the family in memory of Ronald Osbon, please visit our flower store.