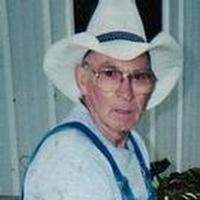 Ron was born October 26, 1938, in Lockridge, IA, a son of Dale Edwin and Darlene Hendricks Christner.

He married Carolyn Miller and they were the parents of Rhonda, Wendy and Eric. He later married Brenda Robben.

He was preceded in death by his parents; a sister, Wanda Ridinger; and a step-son, Eric Robben.

Ron graduated from Mt. Pleasant High School in 1958. His family was a part of the original founders of Midwest Old Threshers and still support it today.

He was a career over-the-road truck driver and worked until his health forced him to retire. He was a long-time member of the St. Francisville United Methodist Church and he had a very strong faith. Ron was a life-time member of the NRA and had a large interest in rifles. He had a loving and generous nature.

Memorials were suggested to be used to pay final expenses.

To send a flower arrangement to the family of Ronald Edwin Christner , please click here to visit our Sympathy Store.

To order memorial trees or send flowers to the family in memory of Ronald Christner, please visit our flower store.