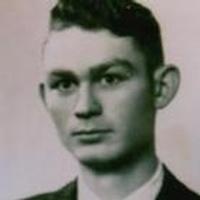 Roger Carroll Butler, age 83, of Keokuk, IA, formerly of Wayland, MO, died at the Keokuk Area Hospital on Sunday, January 11, 2015, with his loving wife at his side.

In 1950, Roger graduated from Luray High School and was the only boy in that class. He then entered the Marines.

Roger worked 30 years at Shellor Globe. With a lot of hard work from both Roger and Jeanette, they were able to build a new home. After retiring, he liked going to auctions, buying tractors and fixing them up. He also liked buying and selling cattle. When on the farm, he enjoyed putting in a big garden and sharing with friends and family. He also enjoyed his Iris garden, his favorite flower. He loved working on the farm.

Roger was a believer in God and spent time in reading the Bible. He was baptized this past year.

What the grandkids will miss the most is grandpas' old-time stories of long ago. He would tell them to come back and visit and bring their dolls and marbles. He loved his family with all of his heart and would do anything for them. He will be greatly missed.

Friends called at Wilson Funeral Home after 9 a.m. Thursday with family receiving friends from 10 a.m. until time of services.

To send a flower arrangement to the family of Roger Carroll Butler , please click here to visit our Sympathy Store.

To order memorial trees or send flowers to the family in memory of Roger Butler, please visit our flower store.