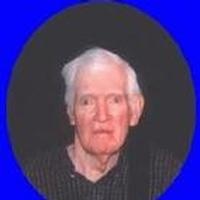 Roger was born December 24, 1930, at home in Wayland, MO, the son of John Robert and Ruth Lonis Brammer.

He had been married to the former Carolyn Brooks and they were the parents of three sons: Mark, John and Doug.

He was preceded in death by five brothers: J. W., Norman, Ted Jr., David Leon and one in infancy.

Roger was an employee of Keokuk Steel Castings for 33 years until retiring at the age of 65 following a stroke several months earlier. Through his life he had experienced several health issues that would have handicapped others, but his determination and wonderful attitude kept him going when others might have given up. In earlier years he loved to bowl and always liked visiting with friends. He taught his children that when he said something he meant it. He enjoyed cooking and driving. When driving became a limitation, he just looked forward and drove his lawn mower around town. He had a genuine smile for everyone he came in contact with.

Graveside services were held Friday, February 12, 2010 at 10 a.m. at the Frazee Cemetery south of Wayland.

Memorials were suggested to the family or the Frazee Cemetery.

To order memorial trees or send flowers to the family in memory of Roger Brammer, please visit our flower store.