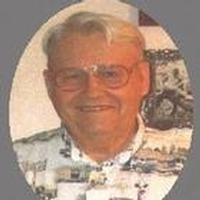 He was born October 21, 1937 to Robert Edison and Leona King Toops in Alexandria, MO. He married Mary Frances Stevenson on August 31, 1957, at the Methodist Parsonage in Wayland, MO.

Nolan grew up on a farm in Clark County, Missouri and attended the Stone School, graduating from Kahoka High School in 1955. He was a member of the National Guard and Army Reserve for eleven years. He worked for General Mills in Keokuk, IA from 1957 to 1961 and at Ortho in Fort Madison, IA from 1961 until 1972. He also farmed from 1951 to 2003 on land in Iowa and Missouri.

Nolan loved to farm and he loved the Lord. He gave his heart to the Lord at the age of eleven and faithfully attended church all of his life. He formerly served on the Fox Valley School Board and Area Education Association and had ran for State Representative in 1983 on the Republican ticket.

He enjoyed the St. Louis Cardinals and being on the farm. His family time and his fellowship in the Church and studying his Bible were the most important areas in his life.

Funeral services were held Wednesday, September 22, 2010, at 2 p.m. at Wilson Funeral Home in Kahoka with Pastor Robin McCullar officiating. Burial was in the Kahoka Cemetery.

Memorials were suggested to the Glenwood (MO) Assembly of God Church.

To order memorial trees or send flowers to the family in memory of Robert Toops, please visit our flower store.