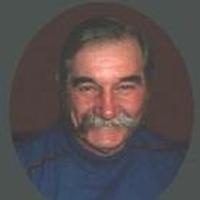 He was born September 11, 1949 in Keokuk, IA, and graduated from Harmony High School with the class of 1967. He later received a degree in Gunsmithing.

On November 24, 1967, he was united in marriage to Constance Louise Lillard, in Ava, MO. They were blessed in marriage with four children: Katherine, Jerry, James, and Joseph.

He is survived by his wife of 42 years, Constance "Connie" Simmons of Mt. Sterling, IA;

two sons, Jerry and his wife, Tami, of Donnellson, IA, and Joseph and his wife, Jill, of Oklahoma City, OK; one daughter, Katherine and her husband, Dr. Shawn Griffin, of Missouri City, TX; thirteen grandchildren: Justin, Aaron, Daniel, Jacob and Jonathan Griffin, Matthew, James, Luke and Abigail Simmons, and Bryce, Taylor, Kayden and Jayce Simmons; one brother, Larry and his wife, Joyce, of Farmington, IA; two sisters, Dorothy and her husband, Richard Gumc, of Bethel, MO, and Doris and her husband, Duke Henry of Cantril, IA; two sisters-in-law: Ruby "Dodie" Simmons of Kahoka, MO and Phyllis Lillard of Kansas City, MO; as well as nieces, nephews, and other relatives.

He was preceded in death by his father, Forrest Simmons; a son, James Robert Simmons;

Robert was a skilled and knowledgeable gunsmith. He owned and operated Simmons Gun and Repair and was well known throughout the area for his talent and expertise in his field. For thirty years he raised feeder pigs for Max Westercamp and thoroughly loved his job.

He was a founding charter member and deacon of Amazing Grace Bible Church, a life-time N.R.A. member, and a Missouri Hunting Education Instructor. He enjoyed hunting and fishing and spending time with his children and grandchildren. He also enjoyed feeding the birds, turkey, fish and other wildlife and watching them feast in the front yard of the beautiful sanctuary of his home in the country. Most of all, he cherished the love and devotion of his wife and his relationship with his Lord.

Memorials in lieu of flowers are suggested to the Amazing Grace Bible Church.

To order memorial trees or send flowers to the family in memory of Robert Simmons, please visit our flower store.