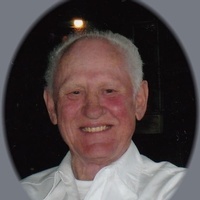 Robert E. Owen, age 81, of Kahoka, MO, passed away Tuesday, February 13, 2018 in Blessing Hospital in Quincy, IL, following six months of illness due to strokes and other complications.

He graduated from Williamstown High School and served in the U.S. Army shortly after.

On November 7, 1964, he was united in marriage to Helen M. Lasswell in Williamstown. They were blessed with 53 years together.

Survivors include his wife, Helen, of Kahoka; one daughter, Carla (Thomas) Deveny of Edina; four grandchildren: Lauren (Brian) Dabbs of Quincy, Alex Owen of Kahoka, Andrea Owen of Keokuk, and Quinton Alexander of Kirksville; three great-grandchildren: Wyatt Owen, Braxton Hill, and Aubrey Rudd; one brother, William Owen of Kahoka; brothers-in-law and their spouses: Robert (Joyce) Lasswell of Salem, IA, James (Karen) Lasswell of LaBelle, and Thomas Lasswell and David Lasswell, both of Kirksville; as well as nieces, nephews and other relatives.

He was preceded in death by his parents; his son, Richard E. "Rick" Owen on January 6, 2000; a sister, Mary Cochenour and her husband, Ross; sister-in-law, Linda Owen; in-laws: Ernest and Georda Dillinger Lasswell; and nephew, Bobby Cochenour.

At an early age, Bob was baptized in the Methodist faith. While growing up, he and his family attended the former Williamstown Methodist Church. Bob maintained his Christian beliefs and demonstrated these values throughout his life.

Bob began his business career in sales by working with the insurance agency of his uncle, Harry Owen. Later, Bob was associated with the Don F. Harrison Agency in Edina as a real estate salesman. He had a love of agriculture and a passion for the sale of farmland. His business relationship and strong personal friendship with Don Harrison endured for the remainder of his lifetime.

Bob and his wife, Helen owned and operated the Owen Mobile Home Park for many years. He also worked as a school bus driver for the Clark Co. R-1 School District for seventeen years. He loved being around the school children and developed many lifelong friendships with them.

Bob was a fan of St. Louis Cardinal baseball and Mizzou basketball. He loved country music and watching westerns. He also enjoyed horse racing and attended the 2016 Kentucky Derby.

Bob was an outgoing, friendly man who enjoyed meeting new people from all walks of life. However, his greatest joy was spending time with family, especially his grandchildren and great-grandchildren. Bob’s friendly spirit and caring decency will be truly missed by his family, friends, and entire community

Funeral services were held Saturday, February 17, 2018 at 10:30 a.m. at Wilson Funeral Home in Kahoka with Pastor Shawn McAfee officiating. Burial was in the Kahoka Cemetery.

To send a flower arrangement to the family of Robert E. Owen , please click here to visit our Sympathy Store.

To order memorial trees or send flowers to the family in memory of Robert Owen, please visit our flower store.