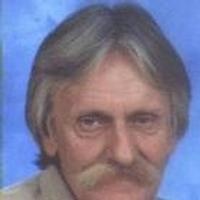 He was preceded in death by his parents; his mother-in-law, Ann Daniels; brothers-in-law, Roger Darnell and Larry Daniels; and, sister-in-law, Pat Morrison.

For most of his adult life, Bob was a construction worker and the past five years had worked for Hoppe and Sons Construction of Hamilton, IL. He loved carpentry work and loved to build things. He was also mechanically inclined and enjoyed tinkering, tearing things apart to see how they worked, and putting them back together only to make them even better. He loved his Mountain Dew and ice cream and had to have a milk shake every night. He also loved every Ford Ranger he had ever owned. He was a kid at heart which made his grandkids enjoy being with him as much as he enjoyed being with them.

Memorial services will be held Saturday, July 25, 2009 at 2 p.m. at Wilson Funeral Home in Kahoka with Pastor Shawn McAfee officiating.

Friends may register after 10 a.m. Saturday at Wilson Funeral Home until time of services.

Memorials in lieu of flowers are requested to the family.

To order memorial trees or send flowers to the family in memory of Robert Morrison, please visit our flower store.