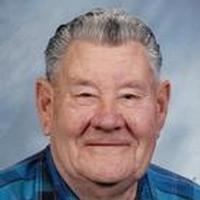 Bob was born March 29, 1922 at Luray, MO, the only child of LeRoy and Maude Jewert Gutting.

He was married to Margaret Pauline Downing who preceded him in death on September 30, 1990.

He was preceded in death by his parents; his wife, Pauline; son, Otis Lester Gutting in 2000; and foster brother, Ed Neely.

Robert attended Luray School and was a U.S. Army Veteran. He was also a member of the V.F. W. in Memphis.

He ran a salvage yard and trucking company in Kahoka and drove a truck all of his life.

Bob was raised in the Kahoka Christian Church and attended several churches through the years. He enjoyed going to auctions and cattle sales. In later years he loved to go to Branson to see all the shows and also supporting different benefits including those for the Kahoka Senior Center. He loved to get in his car and drive around and stop and have coffee with his friends.

Friends called at Wilson Funeral Home after noon on Sunday with family receiving friends from 3-5 p.m.

Memorials may be made to the family with checks payable to Max Gutting.

To send a flower arrangement to the family of Robert L. Gutting , please click here to visit our Sympathy Store.

To order memorial trees or send flowers to the family in memory of Robert Gutting, please visit our flower store.