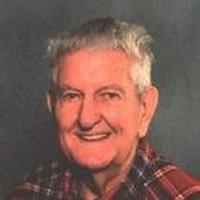 He was born February 8, 1923, at Union, IA, a son of Cecil Joseph and Dimple Fern Aldrich Gorham.

He married Darlene Leggett on November 29, 1950. She preceded him in death in 1965. He and Katherine Colleen Wright were married October 27, 1967 in Kahoka at the home of Norma and Gene Hustead.

Survivors include his wife, Colleen, of Palmyra, MO; two daughters, Kelli Brewer and her husband, Jon, of Palmyra, MO and Shauna Moutray and her husband, Tim, of Philadelphia, MO; four grandchildren: Ryne Brewer of Manchester, MO, Teran Brewer of Palmyra, MO, MaKenna Gorham of Philadelphia, MO and Mason Couch of Wayland, MO; three brothers, Jack Gorham and his wife, Mary, of Keokuk, IA John Gorham and his wife, Theresa, of Fort Madison, IA and Richard Gorham of Keokuk, IA; a sister, Wahneta Mohrlang of Cheyenne, WY; sisters-in-law and brothers-in-law: Norma and Gene Hustead of Branson, MO, Lotus Norton of Wentzville, MO and Jerry and Helen Wright of LaGrange, MO; as well as nieces, nephews and other relatives.

Bob graduated from Burlington High School and served in the U.S. Army . He farmed the Leggett farm until going to work for the State of Missouri Highway Dept., retiring in 1987.

He was a long-time member of the First Baptist Church in Wayland, serving as deacon, treasurer and church bus driver for many years. He later attended Mission Hill Baptist Church in Palmyra. He devoted his life to his church and his family.

A memorial will be established at a later date.

To order memorial trees or send flowers to the family in memory of Robert Gorham, please visit our flower store.