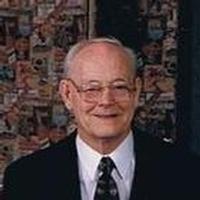 He was born on September 18, 1923 in Clark County, MO, to the late Ernest and Myrtle McPherson French. Bob was preceded in death by his beloved wife of 65 years, Ardis Post French. Together, they raised four children, all of whom survive: Robert French of San Carlos, CA, Elizabeth (Mrs. Charles) Bild of Charleston, SC, David (Angie) French of Athens, MO and Douglas French of Luzern, Switzerland. Bob is also survived by one grandchild, Kristin Armstrong and two step-grandchildren, Erick and Jeff Van Meter. He was the dear brother of Mary McFarland and the late Don and Stanley French.

Bob was a born problem-solver and engineer. He worked for both International Harvester and General Electric Aircraft Engine Group and was awarded patents related to his work with aircraft engine design. Bob received numerous awards for his seminal work in aircraft engine
testing. He loved his farm in Clark County, Missouri, where he was born and grew up.

He was a member of the Northminster Presbyterian Church in Cincinnati, OH, for fifty-five years and served the congregation and community as a Deacon, Trustee and Elder.

Funeral services were held Tuesday, March 26, 2013, at 10 a.m. at Wilson Funeral Home in Kahoka with Pastor Mike Shea officiating. Burial was in the Kahoka Cemetery.

Memorials were suggested to the Athens Cemetery.

To send a flower arrangement to the family of Robert F. French , please click here to visit our Sympathy Store.

To order memorial trees or send flowers to the family in memory of Robert French, please visit our flower store.