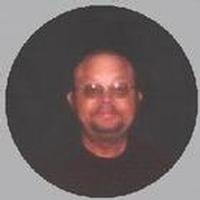 Richard was born October 8, 1952, in Keokuk, IA, a son of William H. and Dorothy OBrien Toops.

He graduated from Clark Co. R-1 High School in 1970 and then from Southeast Iowa Community College in Keokuk from their nursing program.

On October 18, 1975 he and Sharron Foster were united in marriage at the Kahoka United Methodist Church. It was there that he was confirmed as a young boy and his faith carried him through his illness and eventual liver transplant in 1999 and throughout his days.

Survivors include his wife, Sharron, of Gilbert, AZ; his mother, Dorothy Toops, of Kahoka, MO; father-in-law and mother-in-law, John and Dorothy Foster of Columbia, MO; one son, Matthew Richard Toops and his wife, Melissa, of Surprise, AZ; two daughters, Andrea Hansen and her husband, Tim, and Heather Toops, all of Coolidge, AZ; two grand-children, Caitlyn and Gavin Hansen of Coolidge, AZ; special dog, Bugsy; one sister, Eunice Wright and her husband, Larry, of Clinton, MO; two brothers, Robert Toops and his wife, Bobbie, of Williamstown, MO and Stephen and Barbara Toops of Gaithersburg, MO; several aunts and uncles, nieces and nephews; as well as other relatives.

He was preceded in death by his father; his grandparents, Morris and Charlotte Weaver OBrien and W.S. and Hattie Parsons Toops.

Until the past one and a half years, Richard and Sharron had made their home in Columbia where he was an R.N. at the Veterans Hospital and later in the ER of Columbia Regional Hospital as long as his health permitted. They had moved to Arizona to be near their children and grandchildren.

Richard was an avid sports fan. He loved the outdoors and enjoyed gardening. He was courageous, generous and kind and was blessed with a loving and faithful wife who stood by him and cared for him through his illness. His first love was his family. He was a devoted husband, father, and grandfather.

Cremation rites and a private memorial service were held in AZ. Memorials may be made to his family. Service information is available at www.falconerfuneralhome.com.

The family is being assisted locally by Wilson Funeral Home.

To order memorial trees or send flowers to the family in memory of Richard Toops, please visit our flower store.