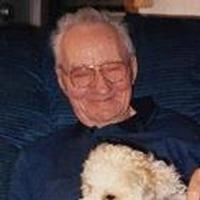 Richard H. Roberts, age 89, of Wyaconda, MO, passed away Wednesday, August 5, 2015 while a patient at the Clark Co. Nursing Home in Kahoka.

He was preceded in death by his parents; his wife; a brother, Earl Roberts and sister, Kathleen Charboneau.

Richard was a farmer all of his life and in earlier years worked for John Deere Ottumwa.
He enjoyed being outdoors riding horses and snow mobiles. He also loved to play horseshoes, croquet and a lively game of cards with friends in Kahoka and also with his family. He was an avid St. Louis Cardinal fan.

Funeral services will be held Sunday, August 9, 2015 at 2 p.m. at Wilson Funeral Home in Kahoka with burial following in the Wyaconda Cemetery.

Friends may call at Wilson Funeral Home after 10 a.m. Sunday with family receiving friends from 1 p.m. until time of services. Memorials are suggested to the Wyaconda Cemetery.

To send a flower arrangement to the family of Richard H. Roberts , please click here to visit our Sympathy Store.

To order memorial trees or send flowers to the family in memory of Richard Roberts, please visit our flower store.