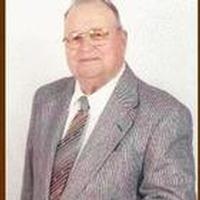 Tiny was born November 30, 1934 in Keokuk, IA, a son of Phillip Edward and Marguerite Schmid Filz.

He was preceded in death by his parents; a brother, Alan Peanut Filz; and sister, Vera

Tiny was a 1952 graduate of Wayland High School. He had been employed 43 years at Roquette at his retirement.

He was a member of St. Martha's Catholic Church in Wayland, MO. Tiny enjoyed daily visits and comparing stories with his buddies at the station in Wayland which was jokingly referred to as the office. He was an avid gardener and Nascar fan (especially of Mark Martin). He loved to read and would read the papers each day front to back in order to keep up on current events. Most of all, he enjoyed spending time with his family.

Visitation was held at Wilson Funeral Home in Kahoka after noon on Friday with family receiving friends from 6-8 p.m.

To order memorial trees or send flowers to the family in memory of Richard Filz, please visit our flower store.