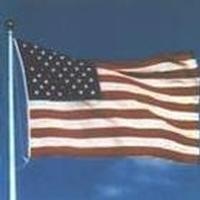 Richard was born October 18, 1949 at Monmouth, IL, a son of Kenneth and Jean Brown Day.

He married Marilyn Blended on September 28, 1969 at Raritan, IL and they were the parents of two sons, Ken and Jim.

He was preceded in death by his parents and a brother, Mike.

Richard farmed all of his live and he found his greatest pleasure from doing his chores, tending to the land and being with his grandchildren. He had been in the Army Reserves.

At his request, he was cremated with private services held on Saturday, November 17, 2012 at 10 a.m. at Wilson Funeral Home.

Memorials were suggested to the 4H Jr. Livestock for the new building.

To send a flower arrangement to the family of Richard V. Day , please click here to visit our Sympathy Store.

To order memorial trees or send flowers to the family in memory of Richard Day, please visit our flower store.