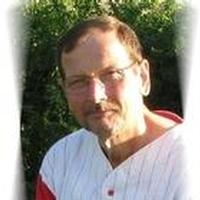 Rick was born July 6, 1957 in Keokuk, IA, a son of Richard and Evelyn Cecil Christian.

He graduated from Revere High School. On July 20, 1979, he was united in marriage to Tami Fountain and they were the parents of Ryan and Keyan.

He was preceded in death by his father, Richard Christian and sister, Teresa Christian.

Rick was a friend to all. He had a smile for everyone and enjoyed spending time with his many friends. He was a Nascar fan and Red Sox and Cardinal fan. More than anything, he loved keeping up with his sons and their activities.

To send a flower arrangement to the family of Richard "Rick" Christian , please click here to visit our Sympathy Store.

To order memorial trees or send flowers to the family in memory of Richard Christian, please visit our flower store.