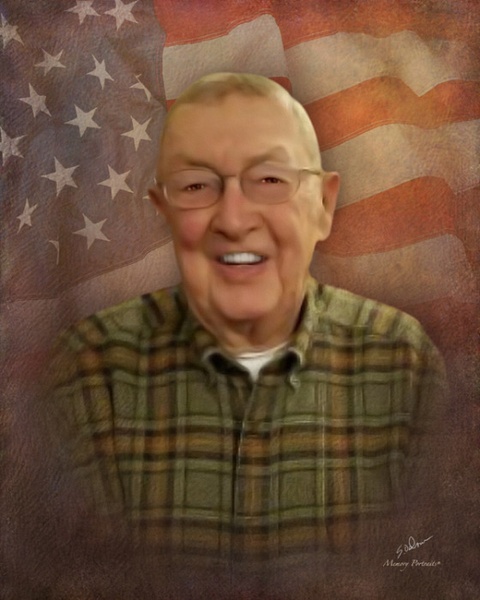 He was born on February 15, 1933 in Revere, the son of the late Lawrence and Hazel (Courtney) Brewer. He graduated from Revere High School in 1950.  Following graduation, Richard enlisted in the United States Air Force. Dick married Donna Richey on May 24, 1952 in Las Vegas, Nevada in a double wedding ceremony with their friends Glen & Anne Brown. Immediately following their wedding, Richard and Donna spent several months in Amarillo, TX during his United States Air Force basic training.  They were then stationed for three years in Las Vegas before returning home to Clark County in February of 1956. Donna preceded him in death on January 18, 2014. After returning from the service Dick went to work for Moore’s Business Forms and later for Modern Securities. In 1962 he began employment as an agent with State Farm Insurance in Kahoka; a position he held for 35 years until his retirement in 1997. He was a fifty-year member of American Legion Post #192, a fifty-year member of St. Francisville Masonic Lodge #588 AF & AM, served on the board of the Kahoka Christian Church and was also a board member of the Clark County Health Department.

Richard was exceptionally proud of his children, grandchildren, and great grandchildren.  He found his greatest joy in being surrounded by his beautiful family.  Many times, you would hear Richard tell Donna, “Look at what we started”, with a smile on his face.  Richard loved to play billiards, enjoyed the outdoors, hunting, and traveling – especially to the Lake of the Ozarks and the family farm.  Richard was the best storyteller and pitch partner.  He was an unwavering supporter of his children, grandchildren, and great grandchildren throughout the years during their many activities and accomplishments.  Richard was a friend to all that knew him.  The love and friendship he bestowed on others will truly be missed.

Funeral services honoring the life of Dick were conducted at 10:00 am on Thursday, October 29, 2020 at the Kahoka Christian Church. Pastor Shawn McAfee officiated the service. Interment followed at Kahoka Cemetery where military rites were accorded by the American Legion Herman Blum Post #192 and the VFW Post #4342. A visitation was held from 12:00 pm until 7:00 pm on Wednesday with family present from 5:00 until 7:00 pm at the Wilson & Triplett Funeral Home in Kahoka. Memorial contributions in Dick’s memory were suggested to Hospice of Northeast Missouri or to the Clark County Health Department. Those attending services were encouraged to practice social distancing and follow guidelines as it pertains to coronavirus.  You are invited to share your memories of Dick and leave a condolence at www.wilsontriplett.com

To order memorial trees or send flowers to the family in memory of Richard Brewer, please visit our flower store.