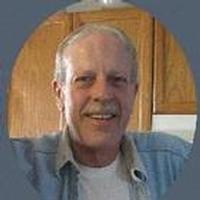 Rex graduated from Revere High School in 1968 and was a U. S. Army veteran. He also was a member of the Clark Co. Chapter of the Loyal Order of the Moose.

For 41 years he was a dedicated trainsmen for BNSF Railroad. He loved fast cars, fishing, taking daily walks and visiting with friends at the local restaurants. To know Rex was to know serenity. He will be missed by his loving family and a multitude of friends.

Memorial services were held Monday, February 8, 2010 at 3:30 p.m. at Wilson Funeral Home in Kahoka. Memorials were suggested to his grandson, Gavin Kirklin with checks made payable to Erin Kirklin.

To order memorial trees or send flowers to the family in memory of Rex Teel, please visit our flower store.