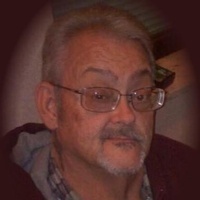 Randy was born January 22, 1951 in Keokuk, IA, a son of Charles "Ted" and Dorothy Salyers Malone.

He married Millie Young and they were the parents of Shawn and Rex. They later divorced. On June 15, 2013 he was united in marriage to Shirley Weber Jones.

He was preceded in death by his parents; his father-in-law, Hobart Gray; and sister-in-law, Karen Malone.

Randy graduated from Clark Co. R-1 High School in Kahoka with the class of 1969.

He earned his CNA license and worked for the Clark Co. Nursing Home while attending Hannibal-La Grange College receiving his E.M.T. and then Paramedic Licenses. He was an employee of the Clark County Ambulance district for almost 40 years. He loved his job and saving lives and being a mentor was just part of it. Randy had the ability to put a "calm in the air" to a scared patient or their loved one(s), with a true compassion that knew no limits.

Randy was a wonderful husband, father, grandfather, and friend. He never knew a stranger and had a distinct, contagious laugh. He loved playing bingo, going to the casino’s, and taking car rides. He was very proud of his sons and the young men they grew up to be.

Memorials in lieu of flowers are suggested to the family with a designation to be decided at a later date.

To send a flower arrangement to the family of Randy L. Malone , please click here to visit our Sympathy Store.

To order memorial trees or send flowers to the family in memory of Randy Malone, please visit our flower store.